YOGABODY is a yoga teacher owned and operated props and education company founded by Lucas Rockwood. We make yoga props including the Yoga Trapeze® and Awesome Toes®. We have a top-rated podcast, the Lucas Rockwood Show, and we’re a leader in professional education worldwide. At YOGABODY, we believe that practice Is everything.

Founded in 2006, Yoga Teachers College is YOGABODY’s professional education school. It’s a “Top 5” training school with over 21K graduates in 41 countries. Our school is science-based, business-positive, and future focused. The success of YTC graduates speaks for itself. No gurus, no incense, no chakras, no Om’s. We’ve taken the best of ancient yoga practiced and combined it with modern science and technology to provide trainees real career opportunities. 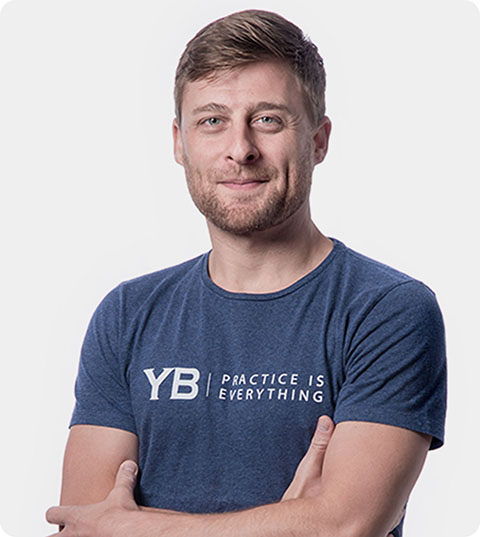 A Note from the Founder…

In 2002, I worked for a New York City book publisher doing a job I hated. I drank seven nights a week, abused drugs, and smoked a pack of cigarettes a day. For food, it was pizza and takeout—anything quick and easy to keep me going. No one consciously decides to destroy their health, but over the years, that’s exactly what happened. I was bloated and flabby, unable to sleep without alcohol. My eyes were red and puffy, and I struggled to get excited about anything. I had so much potential, so many opportunities, but when you’re sick and numb to the world, everything feels impossible and uninteresting. Enter yoga. A friend dragged me to a yoga studio, where I suffered through one of the most uncomfortable experiences of my life. In that first class, I was sweating and dizzy, unable to do even the most basic postures. I was the youngest person there, but the way I moved, I felt like I was 90 years old. I couldn’t bend forward, sit cross-legged on the floor, or balance in a tree pose.

Looking at myself in the mirror, I remember thinking, “How did I end up in such bad shape?” I hated that first class so much, I knew it was exactly what I needed—so I kept going. People assume yoga classes are meant to be wonderful, peaceful experiences. This is not true. A good class should be the most challenging and uncomfortable hour of your entire day. When you push yourself on the mat, real-life problems become lighter and more manageable almost immediately. Hard yoga = easy life.

For the next 380 days, I practiced yoga every single day. While traveling, I used audio or video recordings. If I was in a new city, I’d go to any studio I could find. When my teacher told me to take a day off to rest, I’d ignore the advice and go to a class at another studio. The same way I’d fallen in love with things that were killing me (drugs and alcohol), I’d now fallen in love with something that was feeding me and fueling my growth.

And it worked. In six weeks, I lost 41 pounds (18 kg) and had to replace my whole wardrobe. I quit drinking and smoking altogether, and most importantly, I found a renewed passion for life that is truly priceless. I remember walking around New York, still dripping with sweat from class, with a big, stupid grin on my face as if I’d unlocked a special secret. My life was changing.

Within six months, I’d quit my job and moved to Thailand. Within a year, I was teaching full-time to packed classes in Bangkok and later, Hong Kong. I opened my first studio in 2006 and that same year began training teachers. To date, I’ve taught more than 30,000 students and trained more than 4,000 teachers in 41 countries. I love my life and my work, and as a result, I’m in better health mentally and physically than I was in my early 20s.

YOGABODY was built on practice, sweat, and struggle. It’s the physical manifestation of everything I care about in life, and my greatest hope is that some of my passion for this practice and lifestyle rubs off on you when you walk through these doors. Nothing worth doing in life is easy. Movement is more powerful than meditation. And practice is everything.

See you in class, 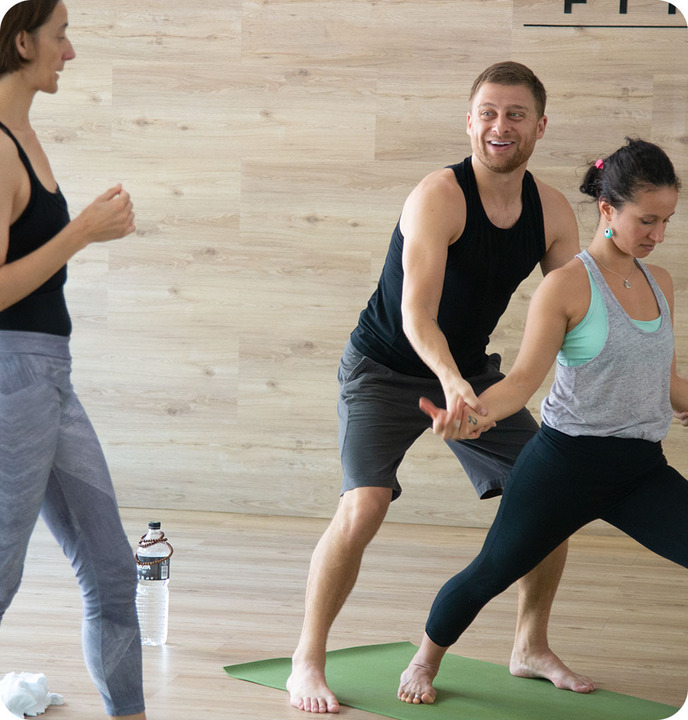 Lucas Rockwood is an internationally-renowned yoga trainer, TEDx Speaker, podcaster, writer, and entrepreneur. Lucas’ corporate training clients include Facebook and Noom. His early yoga and meditation teachers include Sri K. Pattabhi Jois (deceased), Paul Dallaghan, Alex Medin, Gabriel Cousens MD, and SN Goenka (deceased). Lucas left the USA in 2003 and traveled and taught extensively before making Barcelona, Spain, his home base. In a previous life, he worked in theater, publishing, and as a plant-based chef and nutritional coach. He’s the father of three international kids and remains as passionate about yoga as when he first began practicing in 2002. 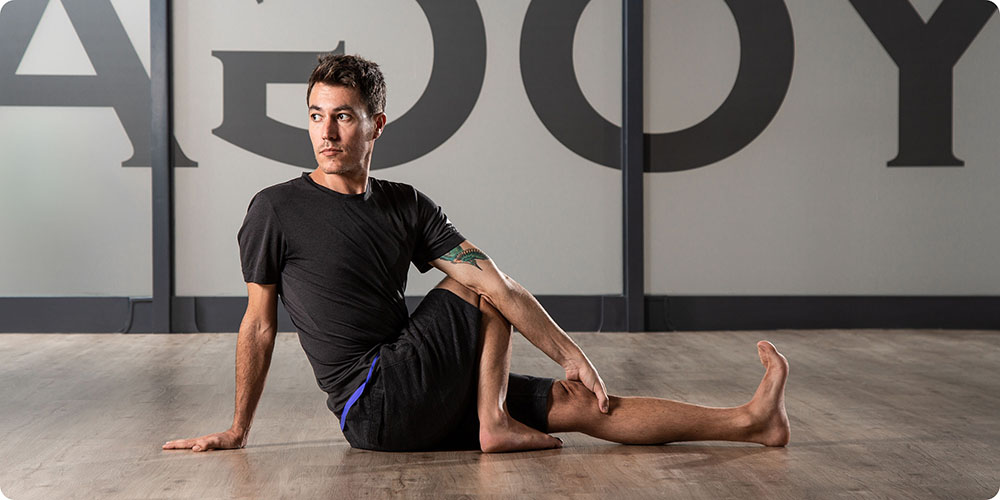 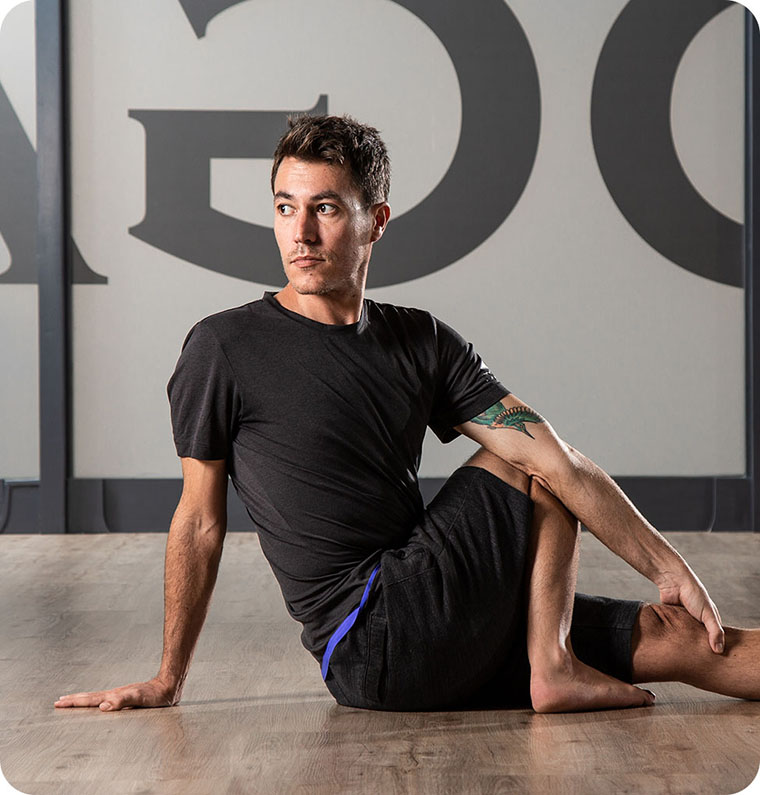 Camilo Carreiro enrolled in his first yoga training course to deepen his practice, but he fell in love with teaching and made a quick career change. Camilo joined the Barcelona YOGABODY teaching and immediately became involved in the management of sequence development, course planning, and new teacher mentorship. He joined the training team in 2015 and has become a mentor and course leader to hundreds of trainees around the world. Camilo leads and co-teaches dozens of courses per year with The Yoga Teachers College. Gloria took her first yoga class in 2006 and from then on she was felt totally in love with the practice. She found in yoga a refuge in which she could feel better both physically and mentally while working in a high-stress career. When she arrived to Barcelona, her first challenge was to train as a yoga teacher and share her practice and the benefits of it with others. In 2019 she joined the YOGABODY team and has had the great fortune of working with a team of professionals who share this same passion for yoga. 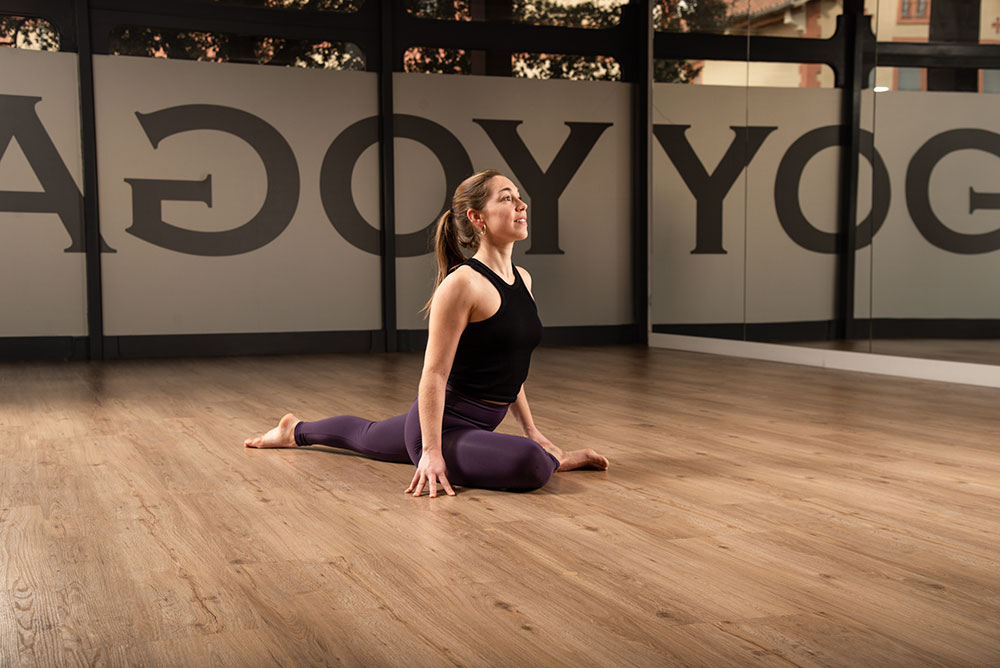 Cris discovered yoga in 2015 while finishing her final year degree in Architecture. After doing the 30-Day Challenge with YOGABODY, she couldn’t stop anymore. Thanks to the benefits she felt in these practices, yoga became part of hes day-to-day life, as a philosophy of life, and little by little into a passion. In 2020 she graduated from the 200h Yoga Teachers College Training and that same year she joined the YOGABODY team as a teacher. Today she feels very fortunate to have followed this path and to be part of a great team of professionals. 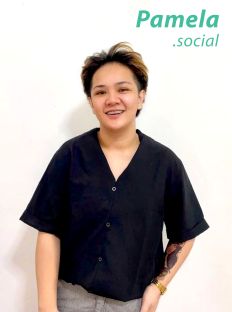 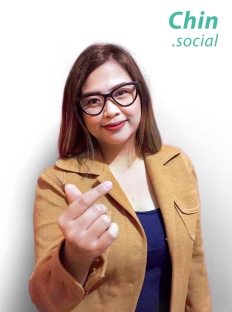 Teachers are expected to treat student with respect at all times both on and off the mat.Under no circumstances is rude, disruptive, hateful, or offensive behavior permitted.

We teach from an inclusive, non-dogmatic view and welcome people of all religious beliefs. We welcome people of any gender, sexual orientation, and sexual identification. We embrace diversity and do not discriminate based on race or ethnicity. Students must be 14 years or older.

Any and all complaints and/or feedback are taken seriously by management and handled promptly. Send queries or concerns to support@yogabody.com and expect a reply within 72 hours.
Thanks for contacting us!
We will get in touch with you shortly.
We use cookies to ensure that we give you the best experience on our website. If you continue browsing on our site, we'll assume that you accept this use of cookies. Our Privacy Policy complies with the EU Law 2016/679. If you would like more information, please check the policy here